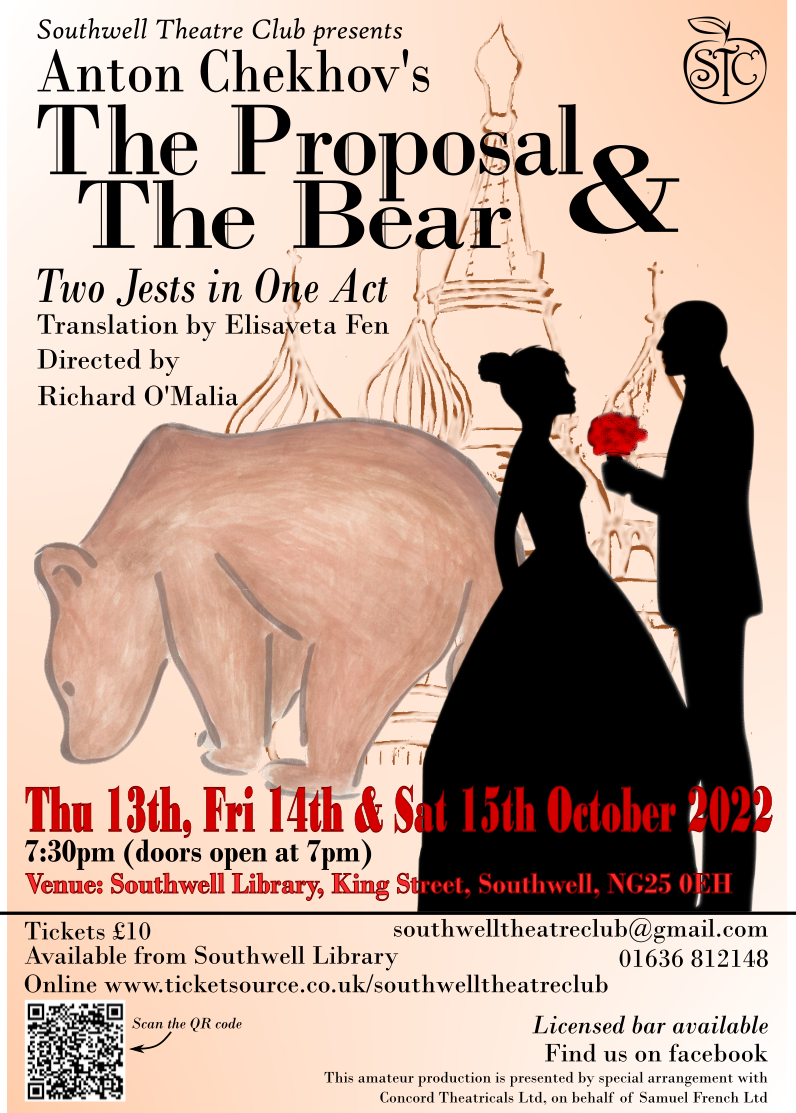 The plays, halted during rehearsal at the time of lockdown, two and a half years ago, are directed by Richard O’Malia.

Chekhov lived his life mostly under the Tsarist rule of the Romanov dynasty. His comedic one-act plays ‘The Bear’ and ‘The Proposal’, set in the 1800’s, reflect rural society at that time. Chekhov trained as a doctor, and died of tuberculosis aged 44, leaving a literary legacy of plays, such as ‘The Cherry Orchard’, ‘Three Sisters’, ‘Uncle Vanya’, and 500 short stories behind him.