Music in the Library 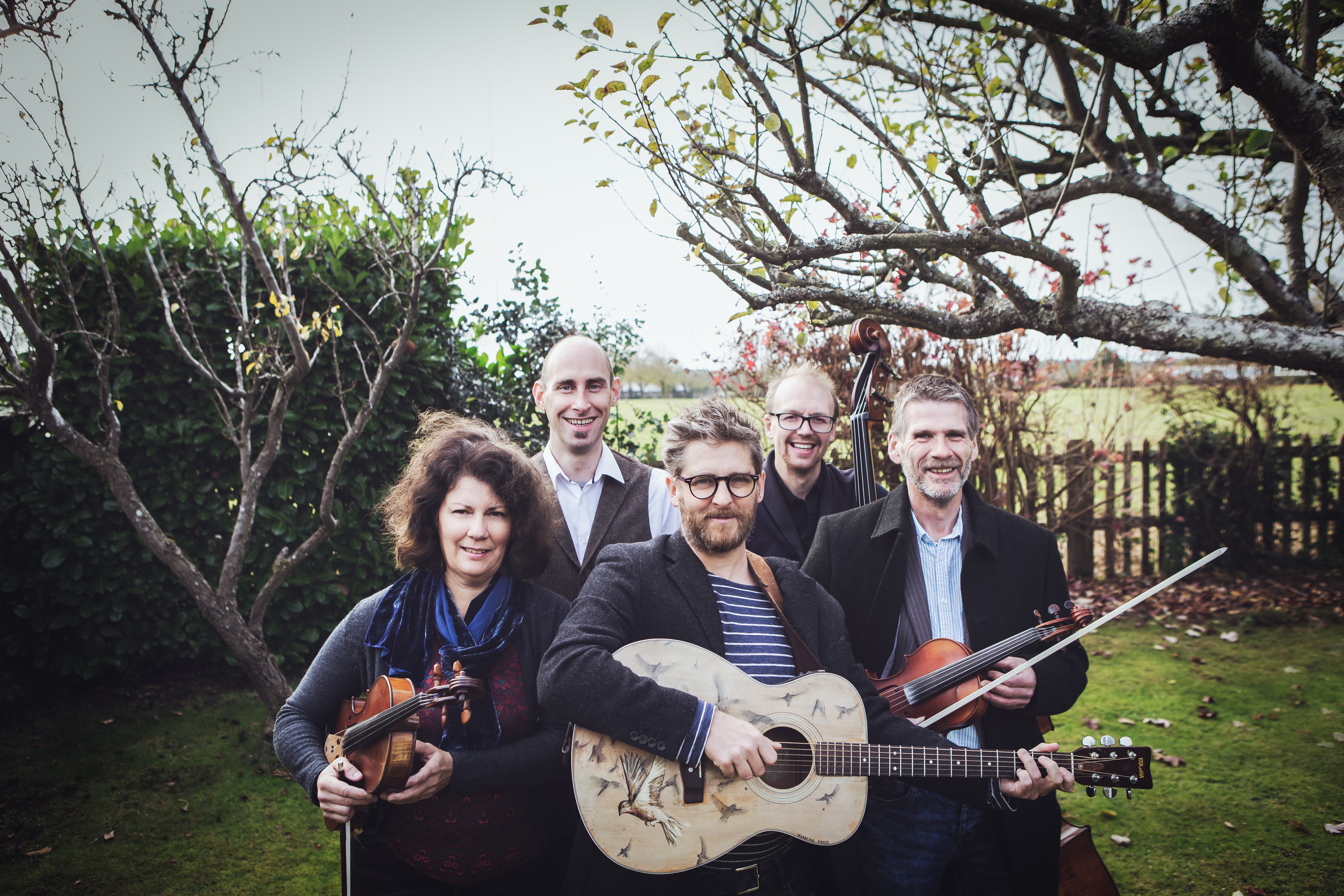 The Mechanicals Band (formerly The Rude Mechanicals Band) are five exceptional musicians whose love of playing live music only narrowly beats their love of literature. For their first record in 2017 they draw on the words of William Shakespeare, from their home country, Warwickshire.

Initially, Wes wrote the songs in response to a competition run by The Royal Shakespeare Company. The songs weren’t in fact entered into the competition but after being picked up via BBC Introducing in 2016, Wes, Ben and Jools were asked to play them at The RSC’s Other Place Theatre in Stratford as part of the BBC Radio 3 programme ‘In Tune’, celebrating 400 years of Shakespeare.

Since then the group has grown to include Katrin and John and they have been moved to bring the words of other poets and writers to life in song. Expect to hear poems from WB Yeats, William Blake, Phillip Larkin, John Masefield and more put into witty, erudite, and achingly lovely original songs.

Over the last few years Wes has been described by Mercury Prize nominated producer Gerry Diver (Sam Lee, Lisa Knapp) as ‘a blast of originality, primal energy and musical magic in a market saturated with cloned artists and homogenised songs’. He has shared stages with the likes of Billy Bragg, Martin Carthy, Richard Thompson, Lucy Ward, Merry Hell and O’Hooley & Tidow at various venues, folk clubs and festivals.

Expect a live show full of infectious goodwill, a sense of occasion and perhaps even some bluegrass and Cajun music to dance to after all those words.

‘Exit, Pursued By A Bear’ was described by Fatea Magazine as: ‘A gem of an album, combining bittersweet contemporary style acoustic ballads, with Shakespeare’s words and a subtle folk-blues swing.’

‘The man that hath no music in himself, Nor is not moved with concord of sweet sounds … Let no such man be trusted. Mark the music.’