An outstanding choice of walks is available in and around Southwell.

There are several trails based in the town and six heritage trails which highlight the hidden history and attractions of Southwell! The two Bramley Heritage Trails celebrate Southwell as the Home of the Bramley Apple, while others that take you on a tour of the town of Southwell, Southwell’s grasslands and Civil War history.

(Click on the Trail names to open the trail maps)

JT Becher, a clergyman, botanist and a close friend to the young Lord Byron, moved to Southwell in 1792 and became famous nationally, as well as in the local area, as a champion of social reform.

By following the trail through Southwell, you will see many building and sites associated with Becher and his family. These include the Minster, where Becher was  a clergyman, Hill House, his family home, and the Workhouse, which was the scene of one of Becher’s many social reform projects.

The trail is 2 ¼ miles long and there are plenty of places to stop for food and drink on the way.

The King Charles I Heritage Trail 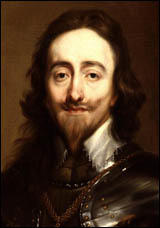 By May 1646, the position of King Charles I and his Royalist Army was desperate. They has suffered a series of setbacks in 1644-5, culminating in the decisive defeat at Naseby in June 1646. Charles journeyed to Southwell to meet with a French diplomat (Montreuil) whom he had employed to negotiate with the Scottish Army (laying siege to Royalist Newark). The King arrived at the King’s Head (now The Saracen’s Head), to find Montreuil absent and continued to negotiate with the Scottish Commissioners.

Follow the journey of King Charles, through Southwell and on a 6 mile trail across pleasant, hilly countyside.

Charles Caudwell bought the mill that stands by the River Greet in Southwell in 1851 and his family milled flour there for four generations. Since that time, the Caudwell family has made substantial contributions to the town.

The Caudwell trail starts at The Final Whistle pub on Station Road and, over a distance of 2.5 miles, takes walkers past the Caudwell Mill and the River Greet on to Maythorne Mill and the Southwell Paddy. Along the trail, there’s wealth of wildlife ranging from unspoilt grassland to mammals, such as rabbits, water and field voles to birds of prey, like kestrels and sparrow hawks.

There’s a car park at the beginning of the trail and refreshments are available from The Final Whistle pub.

For centuries, Easthorpe, despite its closeness to Southwell, was a village in its own right. In the 19th century, its main street still had a number of farms and trade workshops all centred on agriculture, and there were other local industries such as malting and framework knitting.

A 2.5 mile, 1.5 hour walk from the Saracens Head car park via three inns in Easthorpe – the Bramley Apple, the Hearty Goodfellow and the Old Coach House.

This delightful trail is centred on the hamlet of Westhorpe, which, until the early 20th century, was a lively working village. Westhorpe’s now a conservation area and the trail captures the strong sense of history and identity that exists in the community. Over a distance of 2.5 miles, the trail leads you through a number of old working buildings, including Westhorpe Hall, carefully preserved wildlife areas and the Holy Trinity Church.

Edward Cludd was born in 1603. His parents had property around Arnold and were from the gentry. It is reported that he was a firm and very influential supporter of Parliament during the Civil War period and yet a source of ‘moderation’ in any discussions. The trail visits three places where his moderating influence had a clear impact on local events. A 3 mile walk, 1.5 hours, walking boots preferable for Norwood Park.

Categories: Things to do