The Opposite Sex – Comedy in Southwell Library 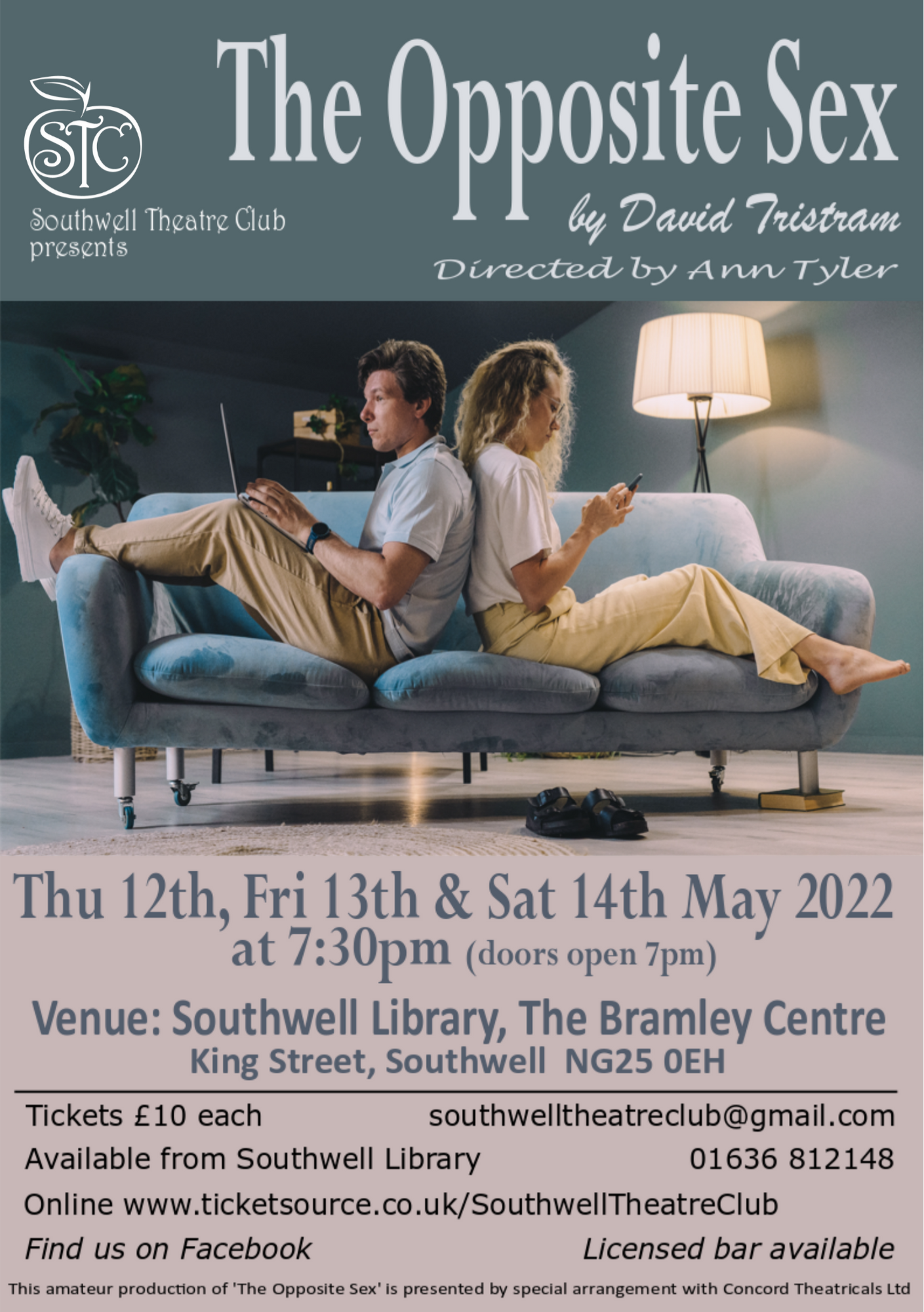 A comedy for stage, by David Tristram, directed by Ann Tyler.

Following Southwell Theatre Club’s pre-pandemic successful production of ‘The Fat Lady Sings in Little Grimley’, another comedy by the same playwright, David Tristram, will be their first play production since.

‘The Opposite Sex’, set in the 1980’s, revolves around the past shenanigans of dinner party guests and their hosts. When an Avon lady calls and accepts a dinner invitation for herself and her husband, she has no idea of the trouble it’s going to cause! It turns out that Vicky, Judith and Eric have just one thing in common; and when they all find out what it is, all hell’s going to break loose!

The play, which contains adult humour, runs from Thursday 12th May until Saturday 14th May, 7.30. Venue is Southwell Library. Doors open 7pm. Bar open pre performance and during interval. Tickets £10 are available from Southwell Library 01636 812148, or online at www.ticketsource.co.uk/Southwell Theatre Club.

The club has a full season planned, with two one act comedies by Anton Chekhov in the autumn, followed by their popular winter murder mystery. Monsieur Parrot is on standby.